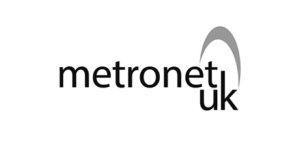 The acquisition of Venus follows Metronet (UK)’s £47.5m purchase of leading internet infrastructure and hosting company M247 in October 2016. Venus will provide the Group with access to the strategically important London market as it seeks to build a national disruptive platform with ‘last mile’ control, faster connectivity and communications to end users and a powerful transit network across Europe.

Venus will add six new strategically important datacentres to the Group’s network so that, following the acquisition, Metronet (UK)’s network is now connected to all key strategic UK data centre locations as well as 14 of the world’s largest and most important Internet Exchanges.

Founded in 2005 by telecoms entrepreneurs Brian Iddon and Justin Keery, Venus covers all of central London and the City, providing superfast, high speed fibre at up to 10 gigabit/sec, almost 100 times quicker than the leading alternative broadband connection. Venus is delivering revenues of £7.8m and supplies companies across a range of sectors including design, media, broadcast and financial services who place a particularly high value on low latency communications.

Metronet (UK) operates the most advanced hybrid ISP network in the UK and, by combining its unique offering of wireless and wired technology, is able to offer scalable connectivity solutions that are typically implemented five times quicker than traditional fibre and copper based services. As an organisation, it prides itself on connecting businesses through innovative, integrated technology for enhanced productivity. It does this through a number of complementary products and services, including; connectivity, hosting, voice and security; enabling businesses to access the tools they need to succeed on a 24/seven basis.

The combined Group will now employ around 230 people across six sites including Manchester, Newcastle, London and Bucharest. It will support almost 34,000 customers across 92 countries, from SMEs to Enterprise clients including Intu, On The Beach, Sofology and ao.com, and deliver revenues of nearly £50m.

Livingbridge first invested in Metronet (UK) in June 2014 as part of a £45m secondary buyout of the firm. Follow on funding to support the Group’s acquisition strategy and the investment in Venus has been made by the Livingbridge 5 fund.

Matthew Caffrey, Partner at Livingbridge, said:
“The acquisition of Venus neatly complements Metronet’s existing capabilities and will enable the business to build a world class wireless network in London on top of Venus’ core transit and last mile fibre capability. Metronet’s national services now include connectivity applications across the wireless and fibre spectrums as well as voice, security and hosting and we are very excited about the Group’s continued growth prospects.”

Lee Perkins, Chief Executive at Metronet (UK), said:
“Venus is a fantastic business which has established itself as a leading player in the London market thanks to its market leading levels of speed and reliability. Just as importantly, Venus has the same entrepreneurial and customer-centric culture as us so I have no doubt that it will be an excellent fit with our business.”

Brian Iddon, Director and Founder at Venus, said:
“I am immensely proud of the business we have built over the past 12 years and am excited about what we will be able to achieve as part of the Group’s wider offer. I have known Lee and the team for a number of years and feel that Metronet are the perfect fit for us as we look to build on the strong momentum we have generated to date.”