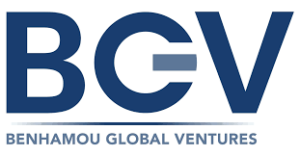 Exoskeleton technology has been one of the more interesting developments in the world of robotics: Instead of building machines that replace humans altogether, build hardware that humans can wear to supercharge their abilities. Today, German Bionic, one of the startups designing exoskeletons specifically aimed at industrial and physical applications — it describes its Cray X robot as “the world’s first connected exoskeleton for industrial use,” that is, to help people lifting and working with heavy objects, providing more power, precision and safety — is announcing a funding round that underscores the opportunity ahead.

The Augsburg, Germany-based company has raised $20 million, funding that it plans to use to continue building out its business, as well as its technology, both in terms of the hardware and the cloud-based software platform, German Bionic IO, that works with the exoskeletons to optimize them and help them “learn” to work better.

The Cray X currently can compensate up to 30 kg for each lifting movement, the company says.

“With our groundbreaking robotic technology that combines human work with the industrial Internet of Things (IIoT), we literally strengthen the shop floor workers’ backs in an immediate and sustainable way. Measurable data underscores that this ultimately increases productivity and the efficiency of the work done,” says Armin G. Schmidt, CEO of German Bionic, in a statement. “The market for smart human-machine systems is huge and we are now perfectly positioned to take a major share and substantially improve numerous working lives.”

The Series A is being co-led by Samsung Catalyst Fund, a strategic investment arm from the hardware giant, and German investor MIG AG, one of the original backers of BioNtech, the breakthrough company that’s developed the first COVID-19 vaccine to be rolled out globally.

Storm Ventures, Benhamou Global Ventures (founded and led by Eric Benhamou, who was the founding CEO of Palm and before that the CEO of 3com) and IT Farm also participated. Previously, German Bionic had only raised $3.5 million in seed funding (with IT Farm, Atlantic Labs and individual investors participating).

German Bionic’s rise comes at an interesting moment in terms of how automation and cloud technology are sweeping the world of work. When people talk about the next generation of industrial work, the focus is usually on more automation and the rise of robots to replace humans in different stages of production.

But at the same time, some robotics technologists have worked on another idea. Because we’re probably still a long way away from being able to make robots that are just like humans, but better in terms of cognition and all movements, instead, create hardware that doesn’t replace, but augments, live laborers, to help make them stronger while still being able to retain the reliable and fine-tuned expertise of those humans.

The argument for more automation in industrial settings has taken on a more pointed urgency in recent times, with the rise of the COVID-19 health pandemic: Factories have been one of the focus points for outbreaks, and the tendency has been to reduce physical contact and proximity to reduce the spread of the virus.

Exoskeletons don’t really address that aspect of COVID-19 — even if you might require less of them as a result of using exoskeletons, you still require humans to wear them, after all — but the general focus that automation has had has brought more attention to the opportunity of using them.

And in any case, even putting the pandemic to one side, we are still a long way away from cost-effective robots that completely replace humans in all situations. So, as we roll out vaccinations and develop a better understanding of how the virus operates, this still means a strong market for the exoskeleton concept, which analysts (quoted by German Bionic) predict could be worth as much as $20 billion by 2030.

In that context, it’s interesting to consider Samsung as an investor: The company itself, as one of the world’s leading consumer electronics and industrial electronics providers, is a manufacturing powerhouse in its own right. But it also makes equipment for others to use in their industrial work, both as a direct brand and through subsidiaries like Harman. It’s not clear which of these use cases interests Samsung: whether to use the Cray X in its own manufacturing and logistics work, or whether to become a strategic partner in manufacturing these for others. It could easily be both.

“We are pleased to support German Bionic in its continued development of world-leading exoskeleton technology,” says Young Sohn, corporate president and chief strategy officer for Samsung Electronics and chairman of the board, Harman, in a statement. “Exoskeleton technologies have great promise in enhancing human’s health, wellbeing and productivity. We believe that it can be a transformative technology with mass market potential.”

German Bionic describes its Cray X as a “self-learning power suit” aimed primarily at reinforcing lifting movements and to safeguard the wearer from making bad calls that could cause injuries. That could apply both to those in factories, or those in warehouses, or even sole trader mechanics working in your local garage. The company is not disclosing a list of customers, except to note that it includes, in the words of a spokesperson, “a big logistics player, industrial producers and infrastructure hubs.” One of these, the Stuttgart Airport, is highlighted on its site.

“Previously, efficiency gains and health promotion in manual labor were often at odds with one another. German Bionic Systems managed to not only break through this paradigm, but also to make manual labor a part of the digital transformation and elegantly integrate it into the smart factory,” says Michael Motschmann, managing partner with MIG in a statement. “We see immense potential with the company and are particularly happy to be working together with a first-class team of experienced entrepreneurs and engineers.”

Exoskeletons as a concept have been around for over a decade already — MIT developed its first exoskeleton, aimed to help soldiers carrying heavy loads — back in 2007, but advancements in cloud computing, smaller processors for the hardware itself and artificial intelligence have really opened up the idea of where and how these might augment humans. In addition to industry, some of the other applications have included helping people with knee injuries (or looking to avoid knee injuries!) ski better, and for medical purposes, although the recent pandemic has put a strain on some of these use cases, leading to indefinite pauses in production.