Recently Delta Fiber Network has send a letter to a group of customers an announced that they will not fulfill the agreement to install a fiber network in suburb area’s in the Netherlands.

This decision affects both customers and companies outside the Dutch city areas.

Salient detail is the fact that Delta is the owner of Caiway, a supplier of TV and internet over coax, and the only supplier in the suburb area’s affected. Other telecom operators like KPN, T-Mobile do not offer their services in the excluded area’s. No Fiber, no coax and not even 4G. This results in the fact that there is no freedom of choice of vendor/telecom operator.

Caiway has a bad reputation in Westland, where it recently was raining complaints due to increasing and recurring connectivity issues. Their customer service only exists of Chatbots telling how sorry they are, but in reality blocking the customer from verbal communication and even written communication.

In city area’s in the Netherlands however telecom operators like KPN and T-Mobile are installing duplicate fiber networks in exact the same city area’s, mostly attracted Zip code area’s where people can afford to pay higher subscriptions. 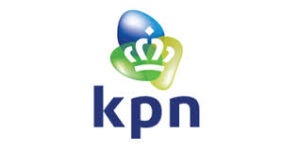 But it is both the Dutch local and national Politics who has made and makes this effect possible.

In the past it where the local politicians who agreed to sell Caiway. Above that as result ACM has blocked KPN to purchase Caiway, now Delta(Caiway) is owned by EQT a Swedish PE company.

Early this year the National politics has sharpen the telecom rules but only in situations where there is a freedom of choice. Same as ACM the politics totally ignores the situation without any choice.

Although ACM has performed market research about the rollout of fiber networks in Holland already in 2019, the inequality of customers and companies, and lack of national coverage of fiber networks was not part of their conclusions.

ACM is the delegated organization from the government to protect customers, and set up rules for telecommunications, transport, post, healthcare and energy.

Both the established telecom operators like KPN, T-Mobile as the foreign (read PE-owned)  companies discriminates an increasing number of customers, the knowledge that EQT would like to buy KPN will certainly not help. But even this is not a wake up call for the Dutch politics.