Picosun Oy has been acquired by Applied Materials, Inc., a US-based leading semiconductor equipment company. This is the largest exit in CapMan’s operating history, measured by the portfolio company’s exit value. The investment has been very successful, taking the Growth 2017 fund into carry upon exit.

CapMan invested in Picosun in 2019, and since then Picosun has grown as a company, building new facilities, opening new markets, and developing ALD technology primarily for specialty semiconductors. Based in Espoo, Finland, the company has operations in Europe, the United States and Asia. The company serves hundreds of customers, including Nasdaq top-10 companies, and has over 200 employees worldwide.

ALD, or Atomic Layer Deposition, a technology originally developed in Finland, enables the fabrication of ultrathin precise films, which is a prerequisite for the functionality of modern electronics. ALD is used in, among others, silicon wafers, electronic sensors, optoelectronics, and medical devices with new applications being established constantly.

“Picosun is a highly successful growth story and has achieved global recognition and a loyal customer base. The strengthened management team and expanded production capacity have built a strong foundation for further growth with the new owner. This journey has been a great success thanks to the extraordinary Picosun team lead by CEO Jussi Rautee. It has also been an honour to work in close co-operation with a truly committed main owner Stephen Industries (family office of Kustaa Poutiainen) and other active investors,” says Juha Mikkola, Senior Partner at CapMan Growth.

CapMan Growth is a leading Nordic growth investor making significant minority investments in companies targeting strong growth and internationalisation. CapMan Growth is part of CapMan, a leading Nordic private asset expert with an active approach to value creation. As one of the private equity pioneers in the Nordics we have built value in unlisted businesses, real estate, and infrastructure for over three decades. With over to €4.7 billion in assets under management, our objective is to provide attractive returns and innovative solutions to investors. We are dedicated to set science-based targets to reduce our greenhouse gas emissions in line with the Paris Agreement. We have a broad presence in the unlisted market through our local and specialised teams. Our investment strategies cover minority and majority investments in portfolio companies and real estate, and infrastructure assets. We also provide wealth management solutions. Our service business includes procurement and analysis, reporting and back office services. Altogether, CapMan employs approximately 180 professionals in Helsinki, Stockholm, Copenhagen, Oslo, London and Luxembourg. We are listed on Nasdaq Helsinki since 2001. For more information, visit growth.capman.com and www.capman.com.

Picosun provides the most advanced ALD (Atomic Layer Deposition) thin film coating solutions for global industries. Picosun’s ALD solutions enable technological leap into the future, with turn-key production processes and unmatched, pioneering expertise in the field – dating back to the invention of the technology itself. Today, PICOSUN® ALD equipment are in daily manufacturing use in numerous leading industries around the world. Picosun is based in Finland, with subsidiaries in Germany, USA, Singapore, Japan, South Korea, China mainland and Taiwan, offices in India and France, and a world-wide sales and support network. Visit www.picosun.com. 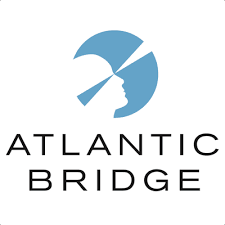 DUBLIN and MEMPHIS, Tenn., May 7, 2021 – (NYSE: LOKB) Navitas Semiconductor (“the Company” or “Navitas”), the industry leader in GaN Power ICs, today announced that it has entered into a definitive agreement to combine with Live Oak Acquisition Corp. II (“Live Oak II”), a publicly-traded special purpose acquisition company. The transaction, which values the combined entity at a pro forma equity value of $1.4 billion, will result in Navitas becoming a publicly traded company on a national exchange under a new ticker symbol.

Gallium nitride (GaN) is a next-generation semiconductor technology that runs up to 20x faster than legacy silicon, and enables up to 3x more power or 3x faster charging in half the size and weight. Navitas GaNFast™ power ICs integrate GaN power and drive plus protection and control to deliver simple, small, fast and efficient performance.

With a proven leadership team with over 300 years of combined power semiconductor experience and a track record of extraordinary value creation, Navitas is in mass production and ramping shipments to many major OEM’s and aftermarket suppliers, including Dell, Lenovo, LG, Xiaomi, OPPO, Amazon, Belkin and dozens of others. Over 18 million GaNFast™ power ICs have shipped, with zero reported field failures.

With a proprietary process design kit (PDK) and over 120 patents granted or pending, Navitas has an early mover advantage in the GaN market. A robust roadmap for new GaN generations and continued cost reductions accelerate the transformation to “Electrify Our World™” away from CO2-burdened fossil fuels. Navitas estimates that GaN can impact up to 2.6 Gtons of CO2 reduction annually by 2050.

Gene Sheridan, co-founder and CEO of Navitas commented: “Navitas was formed with the vision to revolutionize the world of power electronics, while addressing significant sustainability challenges for our planet. Not only has Navitas’ world-class team invented and patented revolutionary new technology, but we have also overcome all the key hurdles associated with successfully bringing it to market. We are proud to enter the public capital markets with strong operating momentum and investor partners who share our enthusiasm for our long-term mission.”

“We are excited to partner with Navitas,” said Rick Hendrix, Chief Executive Officer of Live Oak, “This is the most compelling opportunity we have seen in the semiconductor industry, and we are delighted that Navitas’ solutions contribute meaningfully to reduced carbon emissions through more efficient power delivery. The capital raised through this transaction will allow Navitas to accelerate that vision as they expand from mobile and consumer markets into even more power-intensive applications like data centers, solar energy and electric vehicles – all while delivering a significant CO2 reduction as part of their Net Zero initiative.”

Navitas was originally funded by the company’s management team, along with top venture capitalists with exceptional long term track records highly focused on disruptive businesses in the clean tech and electronics industries. Capricorn Investment Group,  Atlantic Bridge  and seed investor Malibu IQ, along with all current investors are rolling 100% of their equity into this transaction. Malibu IQ founder David Moxam noted, “With a doubling of electrical energy demand driving the global energy transition, Navitas’ GaN Power ICs are already having a powerful, positive energy efficiency impact, benefiting all of us globally.”

Transaction Overview
The transaction is anticipated to deliver up to $398 million of gross proceeds to the combined company, assuming minimal redemptions by Live Oak II’s public stockholders. This includes an oversubscribed and upsized $145 million private placement of Class A common stock in Live Oak II at $10.00 per share (the “PIPE”), from a diversified group of top-tier institutional investors. Proceeds of the transaction will be used to fund Navitas’ future growth initiatives. Existing Navitas shareholders will roll 100% of their equity into the combined company, demonstrating their conviction of Navitas’ continued growth trajectory. The transaction, which has been unanimously approved by the boards of Live Oak II and Navitas, is expected to close in the third quarter of 2021, subject to approval by Navitas’ shareholders, which has been secured through support agreements, Live Oak II’s shareholders and other customary closing conditions, including any applicable regulatory approvals.

Investor Conference Call Information
Management of Navitas and Live Oak II have recorded an audio webcast reviewing the proposed transaction and investor presentation, which will be available on www.navitassemi.com/ir.